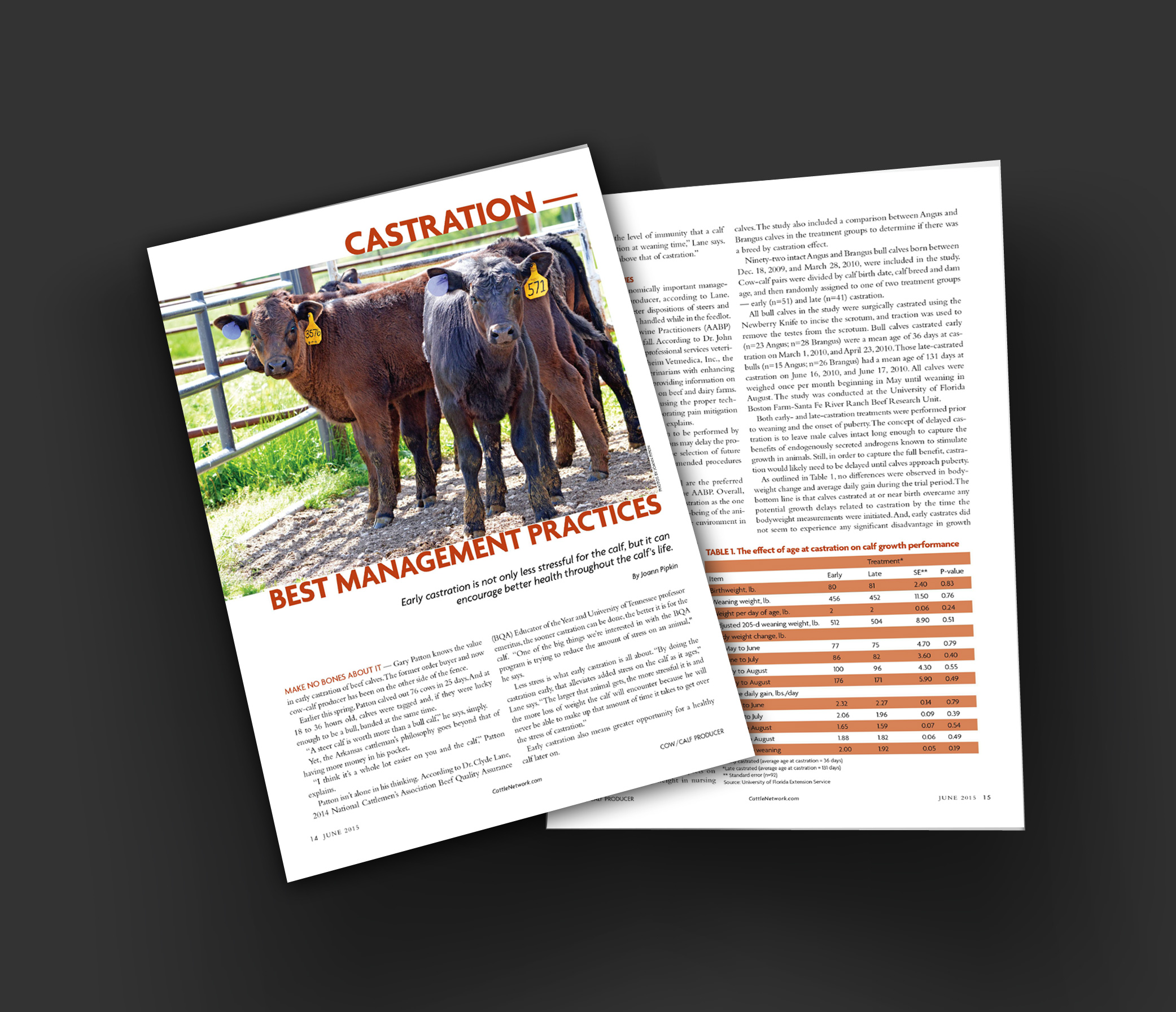 Early castration is not only less stressful for the calf, but it can encourage better health throughout the calf’s life.

Make no bones about it – Gary Patton knows the value in early castration of beef calves. The former order buyer and now cow-calf producer has been on the other side of the fence.

Earlier this spring, Patton calved out 76 cows in 25 days. And at 18 to 36 hours old, calves were tagged and, if they were lucky enough to be a bull, banded at the same time.

“A steer calf is worth more than a bull calf,” he says, simply.

Yet, the Arkansas cattleman’s philosophy goes beyond that of having more money in his pocket.